Following is the syntax of goto.

The flowchart of the goto statement is given below which will help to understand more about goto. 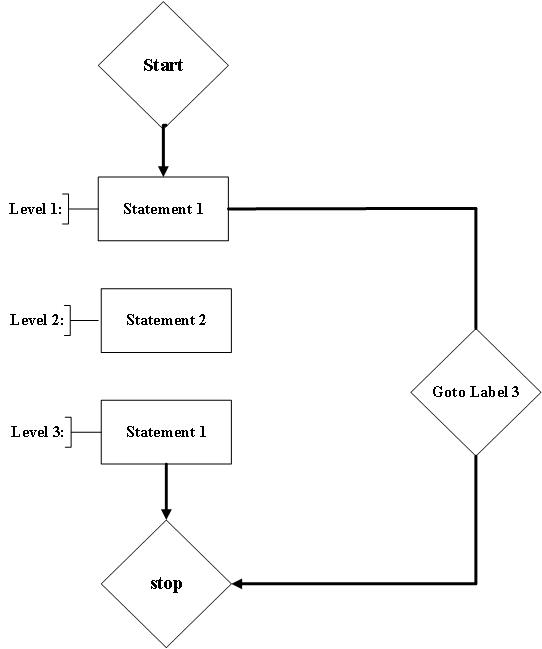 Now let’s move on to our first example using goto in C language. Following example will certainly make you understand more about goto statement in C.

To calculate the factorial of a given number using goto in C:

In the above program, we used goto for calculating the factorial of a given number. Firstly, we have initialized a variable named fact with a value 1. We have used a Label named ‘Top’ in our program. Where The program control will jump to the Label ‘Top’ when the number is greater than 0. Inside the Label ‘Top’,  the program performs the activity of multiplying the number by the value of fact and update the value fact by the new product. After the completion of this activity each time, the value of the number decreases by 1. AFterward, we will use goto which will switch the program control to the Label ‘Top’ again. This process repeats until the value of the number is greater than ‘0’. The code above will display its output as below:

Enter a number: 5
Factorial of the given number is: 120

Why don’t we use goto statement?