C programming deploys If statement for efficient decision making in programs. In this tutorial, you will learn about how If statement works, its types and its simple implementation. We can use different types of If statements. If statements may be of different forms. Which depends upon the complexity of conditions to be tested. They are listed below:

Now we will go through all the types of If Statement which can be used in our program.

What is simple If statement?

If the given exp 1 is true then Statement 1 is executed and if it is not true then the remaining statement is executed.

Flowchart of simple If statement: 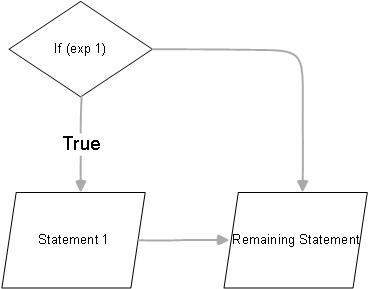 Following example helps you in understanding more about simple If statement.

The output of the above program is given below:

Enter your child’s age: 3
Is your child polio vaccinated?
You are now at City Hospital.

What is the If-Else statement?

The general syntax of If Else statement is given below: 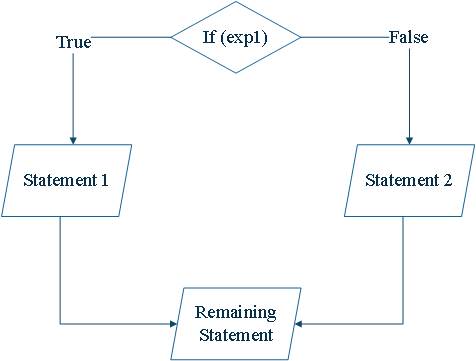 Now let’s move onto our first program using If Else statement in C. Following program demonstrates about this topic more.

In the above code, it is evident that the use of If Else statement can assist us in decision making. With this in mind, we can efficiently implement these things in more programs in the near future. Now let’s what output does the above code displays.

Is it raining outside?
Enter ‘y’ for yes and ‘n’ for no.
y
Carry an umbrella.

What is Nested If else?

The general syntax of Nested If else is given below:

The Flowchart of the above syntax is shown below. 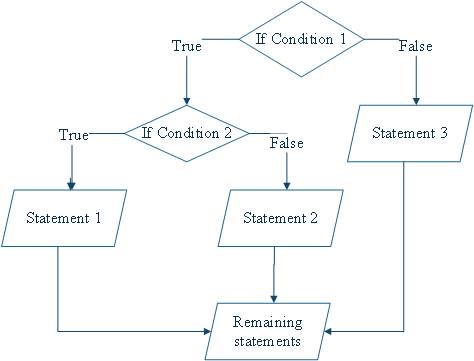 Now let’s move onto our first example implementing the Nested If else in our program.

The output of the above program is given below:

What is Else If ladder statement?

The program will generate the output by calculating all the charges as below: